So, today I’m going to write one of my preoccupations at the moment – jargon, complex language and the inaccessibility of many key ideas associated with living in a better way (illustrated by the relatively unreadability of this first sentence).

I have always been passionate about keeping things simple and clear. I worked for many years as a legal representatives for refugees, so had to develop ways to explain complex legal issues in an easy way, often via an interpreter.  Additionally I found, that the clearer I made my written and oral arguments in court, the more likely the judge was to allow the appeal – essentially I made their job easier.  We know this applies across many different fields, whether it be marketing, advertising, job applications, exams and communicating with friends.

Essentially, we need to be speaking the same language as the person we are communicating with.  And that doesn’t just apply to foreign language, but to the words and expressions we choose within a common language.  Thinking like a tree, we know that trees communicate with other trees via networks of mycorryzal fungi, sharing information about nutrients and other things.  We usually find that nature chooses (evolves) the most efficient way to transmit this information, because energy is precious and needs to be used in the most effective way.

So let’s turn now to what we face every day – my son’s school newsletter contains at least ten acronyms every week.  What we have known for decades as mock exams are now PPEs.  Targets are now MTGs; lower and upper school are now key stages 1,2,3,4, and no parent can ever remember which corresponds to what year.

What’s the affect of this?  First, of course it’s lack of understanding.  On the one hand schools ask for parental involvement, and then on the other they present information in ways that is so difficult to understand.  Take the school report I have just received.   It needs half a page of explanation.  And even with that I have no idea what level my son is operating at right now.  He’s 15, and I can see what his predictions are based on his attainment when he was 11, but what about this month?  He tells me one thing and I assume another and so the core message of what he should be doing is lost.

The second issue is alienation.  I confess at times I just switch off.  It’s too much to do the mental calculations trying to work out what the acronym or jargon means, so I don’t bother.  I consider myself and educated, intelligent person and I can’t grasp it, so I think that a parent who struggles with reading, or English is going to require superhuman strengths of willpower to understand the basics.

However, the reason I embarked on this post was really to discuss how I think the language of people who are passionate about environmental, social and political issues can be both alienating and sometimes unintelligible.  At times I don’t think we are speaking the language of the ordinary person, whose time is scarce, and who may switch off when they hear something that is difficult to grasp.  That might be because it’s scary (climate change let’s be honest); perceived as too big a problem for them as individuals; or that they just don’t know how to react or make a change.

There are various reasons why we have fallen into this trap.  Firstly, all the good words have been trashed or taken.  So eco, green, holistic, spiritual and environmentalist have all got negative connotations.  And don’t get me started on tree-hugger, hippy and eco-warrior.  Spoon-whittling was used in a recent advert to represent the most terrible of life outcomes.  Other words have been appropriated, such as sustainability and eco, so that they are now used by companies as green-wash in their corporate sustainability reports.

Second, many good words are, or sound, scientific.  Flora and fauna, (that’s plants and animals to you and me); a quick google of climate change will come up with “anthropogenic global warming” (Wikipedia).  Some have come into common usage, like biodiversity, which most people now understand, but that’s taken decades.  Of course, we have need of technical words for some scientific reports, but even then I would take issue with any uncommon, new or technical words being used without a clear explanation.

And then what do writers and speakers do, they take one complex word, and add it to a load of others, maximising the difficulty factor by ten.

Additionally, with a lack of good words, the movement did the seemingly sensible thing and made up their own.  Permaculture and Transition are two examples.  But when you make up a word you have to do an awful lot of work to make it common currency.  In other words you have to either make the word really simple, or you have to explain it with a simple description, or you have to be able to back it up with a multi-million pound/ dollar ad campaign. And environmental organisations don’t tend to have much cash, and if they do they like to spend it in other ways.

So if all the good words are either taken, misused, or incomprehensible to the ordinary person, which ones do we have left?  We’ve got the negative ones.  They are really simple to understand.  Like destruction, damage, wiped-out, harm, death.  And be honest you probably just felt a little bit worse just reading those words.

But here’s the good news.  People who care and campaign about the environment are now waking up to the idea that what we are offering is not a mouthpiece for doom and gloom, but a genuinely better way of living.  It’s taken several factors for this to emerge, including the growing realisation by the general public that modern life is making us sick, physically, emotionally and mentally.  Also that we actually quite like having things like fresh air, clean water, trees, plants and wildlife in the world.   Paradoxically because the majority of people are arriving late to the party, this has given the hundreds of thousands of “early adopters” time to work out what’s important, develop some different ways of working, living, and some new technologies, to help everyone else.  And yes I genuinely do believe what we can achieve is better than what we have now, with benefits such as lower stress, better connections with other people, support, communities, in addition to the obvious benefits to health and the environment on which we all depend.

But here’s where the plain English plea comes in.  I am reading so much great stuff out there. from people on the ground.  It’s inspiring, well thought-out and often learned through sheer hard work, trial and error.  But I simply can’t understand it without taking a significant part out of my day, and I put up a mental barrier (I freeze) every time I come across a sentence like “socio-economic abundance” “bio-cultural uniqueness”.  And I am already quite far into reading and doing all this stuff!  Additionally, I don’t want my first encounter with someone’s ideas be about how I can “open up my chakras”.  Even if might help, I’ll be much more likely to engage if you give me a positive message about decreasing my stress levels, or improving my relationships. I’m pretty open-minded, but on the edge looking out, I can see that it’s not only my eyes that glaze over, hackles raise and attention wane.

So I think there is a need there to learn a different language, and avoid scary and alienating terminology.  Additionally if we have a positive message to sell, most people want to know “what’s in it for me”?  So that needs to be right up there in the “elevator pitch”.

People make really quick decisions.  I did three workshops on the same day recently for around 50 people in total.   The audience were people who had turned up at the event and decided to join in whichever workshop they liked.   In two different workshops I had someone get up after five or so minutes and they used identical terminology “This is not for me”.  Of course that was fine, I had made it clear that no-one had to stay.  But I think it illustrated really clearly how people make decisions – it’s often a quick emotional reaction about “what’s for us”.

And of course not everything is ever going to be for everybody, but when we are talking on a massive scale about creating betters ways of living on our scarce planet, we do need to be appealing to the maximum number of people, and getting across the message that making changes “is for me”.

Doom and gloom doesn’t sell, but positive messages, backed up with practical solutions and actions do.  Take the cue from how businesses and religions sell their products and their ideas.  It’s clear messages, stories, and practical simple examples, coupled with hope, belonging and the feeling that they are not alone.

One woman came up to me at a workshop recently and opened with “I thought I was the only weird one out there”.  We had a laugh about it, but afterwards I also felt quite sad that we are all sitting at home thinking we are the weird ones if we care about trees, plants, wildlife or other people.   And we are feeling alone, when in fact there are millions and billions of us out there who could be brought together, if we could only find the best way of communicating with each other.

I’m sure there’s lot we can all do to examine and change the language we are using and the ways we are communicating with others, to better connect and get across these most important of messages.

So I have thought a lot about this and have personally resolved to: 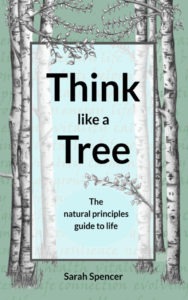 "A set of natural principles as a manual for the modern world" - John Everitt, Chief Executive, The National Forest Company

Available to purchase worldwide via Amazon Or

Buy a signed copy direct from me here

Audiobook available via Audible (if you use this affiliate link more of the proceeds will go to the author rather than Amazon's pocket - thanks!) 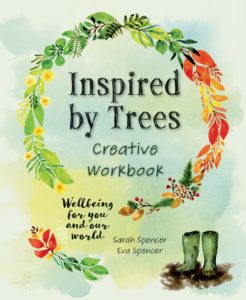